PREFABRICATED BUILDING IN THE CONTEXT OF PAST AND PRESENT 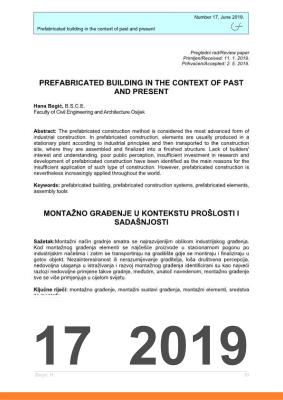